aspLite is a lightweight framework for ASP/VBScript developers. It can help to develop better ASP/VBScript applications. aspLite does not reinvent, replace or rewrite ASP components. It only tries to come up with a new way of using some of them.
ASP/VBScript (also known as "classic ASP") is available for more than 20 years now and I believe it still makes sense to share this approach. After all, classic ASP has proven to be reliable, fast and secure.
But that's not all. Today's web applications use JavaScript frameworks (Angular, Vue, React, jQuery, etc). Often only data (json) is transmitted back and forth to the server. That's why a server-side technology better stays small, fast and simple. Hence the name "aspLite".
An example. The aspLite demo site ships with a (fully functional) classic ASP implementation of DataTables. This wonderful (free-to-use) widget has all it takes to offer ... datatables, including client-side sorting, searching and paging. There is only very little ASP code involved. Quite fascinating!
The vast majority of these JavaScript plugins are free to use, backed by 100's of contributors and they work in all (current) browsers, on all devices. How amazing is that?! Ever since the adoption of HTML5, CSS3 and ECMAScript 5 (somewhere between 2009 and 2012), client-side JS/CSS/HTML frameworks have become very popular. Much more popular than their server-sided predecessors (ASP(.NET), PHP, etc). Today, the most starred repositories on GitHub are all about (learning) JavaScript.
The aspLite demo puts the following front-end HTML/CSS/JS frameworks/plugins at work: Bootstrap, jQuery, jQuery UI Datepicker, JSZip, SheetJS, jsPDF, CkEditor, CodeMirror and DataTables.
You may want to read the story behind aspLite.

22 years ago, classic ASP was about Request() and Response(). Ins and outs. Simply put.

Today, any server-side web framework is still about just that.

For everything else you can - in 2020 - rely on JavaScript frameworks. No more need for spaghetti-ASP or HTML server-controls.

Installation
Install as a website or virtual directory in IIS. Make sure IUSR has full permissions on the entire folder and subfolders. aspLite does not require any 3rd party dll (COM) to be installed.
The actual framework is located in /asplite/asplite.asp. The path /asplite can be changed to anything else in /asplite/config.asp. If you prefer to use aspLite in a subfolder /mypath/asplite, make sure to update config.asp correspondingly. To run the demo site that ships with the framework, you need to enable 32bits applications for your website's application pool, as it includes an Access database sample.
aspLite can also be used in any IIS Express edition.
Less is more
aspLite consists of a few files only:
/asplite/asplite.asp
/asplite/aspform.asp
/asplite/config.asp
/asplite/asplite.js (requires jQuery)
aspLite facilitates the following functions:
* conditionally load asp code (rather than include them 'all')
* facilitate a .net-alike codebehind approach
* charset utf8-proof
* create rich Ajax forms
* Json implementation (by Michal Gabrukiewicz)
* file streaming (text, code + binary)
* ServerXMLHTTP & DOMDocument
* application caching
* randomizer
* catch 404 requests
* some generic ASP/VBScript functions
* write your own plugins
Get started
Check default.asp. It helps to understand how aspLite works.
To start using aspLite, include it at the very top of your asp-page:
<!-- #include file="asplite/asplite.asp"-->
From then on, you can use an object of the aspLite class: aspL (it's already created). The word "aspL" should therefore be considered a reserved word. Do not re-declare, re-set or destroy it.
VBScript executeGlobal
aspLite totally relies on VBScript's executeGlobal. This feature got introduced in VBScript 5.0 (back in 2000), together with regular expressions, classes, the with-statement, eval and execute. ExecuteGlobal allows to dynamically add ASP/VBScript code to the same namespace of an ASP page. In other words, after you have included a snippet of ASP/VBScript using executeGlobal, that code is available to use (everywhere) in your ASP page. aspLite uses this feature the "extreme" way. It does not load short snippets of ASP/VBScript, aspLite imports full-blown VBScript classes in the page's namespace, each packed with numerous functions and subroutines. That's how aspLite conditionally includes ASP/VBScript, rather than "include them all" using the include-directives. The main advantages of this technique are a major cut in (RAM) memory-needs, but especially - scalability: you can add ASP/VBScript code (plugins) without changing the framework itself. I have successfully used execute and executeGlobal in QuickerSite for many years. It was the only way for me to develop plugins without having to change the QuickerSite codebase.
Stick to 1 asp file for your project
There are some very good reasons to stick to 1 asp page only for your application, even if your application has 20 screens with various different menus, forms, buttons or links each. Your best option is to use "default.asp" in the root of your application. "Default.asp" is always included in the list of "default documents" in IIS (Express). Using 1 asp page only, keeps server memory usage very low, specially when combined with conditionally loading asp scripts.
Catch 404 requests
There is another reason to stick to 1 asp page for your app: configure that page to execute 404 request. aspLite ships with a function (aspLite.pathinfo) that retrieves any custom url (pointing to non-existing items). Make sure you add this to web.config (in the root of your site):
(thanks to Sergio Conselvan for providing a copy that works for both IIS & IIS Express)

aspLite will always have a very small footprint on your application and on the server. You can however develop your own plugins for aspLite. How?

The following plugins are included already - but not necessary to use the framework i.e. they can be ignored. When no plugins are used, they will not affect security or performance of your application in any way. The demo uses all plugins available:

How to add your own?

Let's inspect one of the example plugins: asplite/plugins/helloworld/helloworld.asp

* The entire codeblock sits between <% and %> code render blocks. This is not required, but it can help to trigger syntax highlighting, like when working in Notepad++. Be aware that at runtime, aspLite removes code render blocks - see asplite.exec(path)

* The entire content of this asp file will be considered ASP code. Do not mix it with html, text, js or css code. It would raise an error.

* Even though I always use Option Explicit (forces to declare variables only once), it seems to have no effect on code that is executed through VBScript's executeGlobal. I have no idea why, but it's good to know I guess.

* Plugin-folders can include other subfolders and files, like html, js, css, images, etc. There are no limitations whatsoever.

These are the steps to create a plugin for aspLite:

Plugins are stored in /asplite/plugins

Add an ASP file with the same name: /asplite/plugins/myplugin/myplugin.asp

In myplugin.asp, create a class with this same name as follows:

To create an instance of your plugin somewhere in your application, use:

You could also just call:
aspL.plugin("myplugin").XX()

If you're young and you're willing or able to dive into new technologies, do not learn classic ASP or VBScript. If you want to become a web developer (by extension a mobile app developer) - today or in the future - learn JavaScript. However, if you are already using classic ASP (and plan to keep on doing so), it's always a good idea to learn new things. Even after all these years, there's always something new to learn about ASP. aspLite is living proof of that.

That said, learn ASP actually means: learn VBScript! There is not much to learn about classic ASP after all, except for 5 objects with each a handful of properties and methods: Application, Session, Response, Request and Server.  VBScript however is the preferred (and default) programming language for most ASP developers. Even though VBScript is no longer being developed by Microsoft, it is still used a lot, not only by web developers, but also to automate tasks on Windows servers.

Out of many online resources you find when searching for "learn classic ASP", I personally liked 'A Practical Guide to Microsoft Active Server Pages 3.0' by Manas Tungare a lot. He was so kind to allow me to redistribute this guide on this website. These 70 well written pages are about everything you need to get started using classic ASP.

Furthermore, W3Schools.com is probably the best online resource to start as a classic ASP/VBScript web developer. Before you learn classic ASP, you must learn HTML and CSS (and grab some basic JavaScript as well). Make sure to also check their very complete VBScript and ADO reference. ADO can be used to access databases from classic ASP pages.

Are you an ASP/VBScript developer? aspLite needs you!
It would be great if you could join us on GitHub. Send an email to info@quickersite.com to get involved. 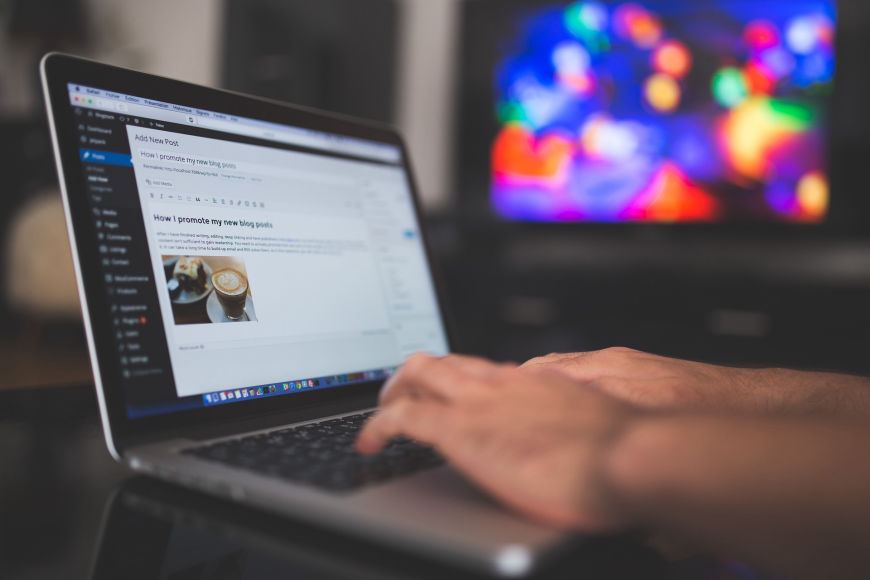